The development of the Internet of Things is set to have a strong impact on many aspects of society. Test-beds and experimental facilities, both of small scale and up to city scale, will be an essential enabler to facilitate the development of this vision. Facilitating the access to these test-beds to a large community of experimenters approach is a key asset to the development of a large and active community of application developers, necessary to address the many challenges faced by European and Japanese societies.

FESTIVAL project’s vision is to provide IoT experimentation platforms providing interaction facility with physical environments and end-users, where experimenters can validate their Smart ICT service developments in various domains such as smart city, smart building, smart public services, smart shopping, participatory sensing, etc. FESTIVAL testbeds will connect cyberworld to the physical world, from large scale deployments at a city scale, to small platforms in lab environments and dedicated physical spaces simulating real-life settings. Those platforms will be connected and federated via homogeneous access APIs with an “Experimentation as a Service” (EaaS) model for experimenters to test their added
value services.

There have been long years of research work in Europe and Japan on federation of testbeds and more recently on IoT testbeds. FESTIVAL will as much as possible make reuse of existing software and hardware available in Europe and in Japan for building such testbeds. Mutually applying European enablers for Japanese testbeds and vice versa in real-life trials that the project will organize, FESTIVAL will bring have a strong impact in bridging the gap among the aforementioned component technologies. FESTIVAL, as a common testbed infrastructure for efficient communication and collaboration among stakeholders, will push European and Japanese IoT testbeds and their practices one step beyond the current state of the art. 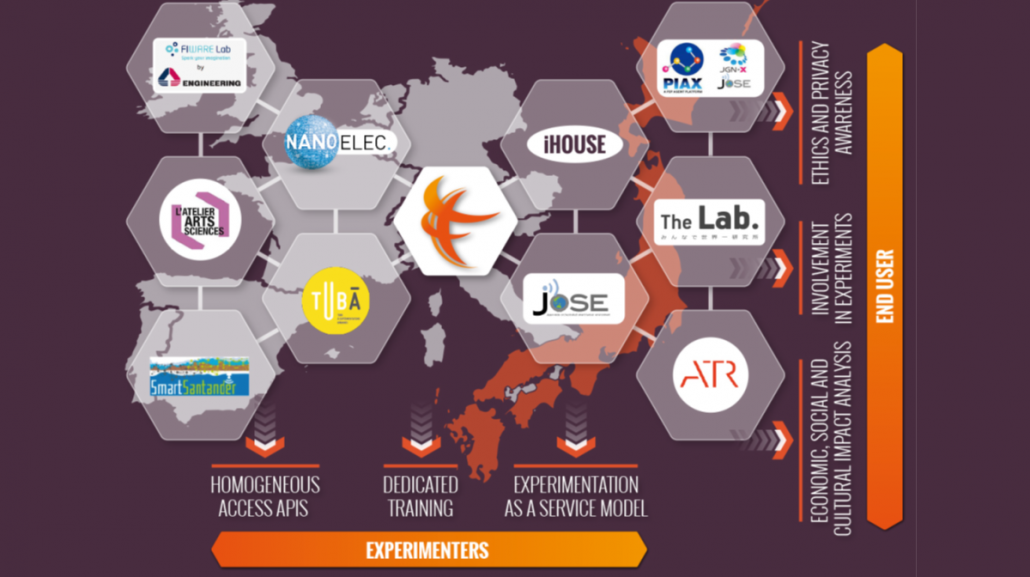